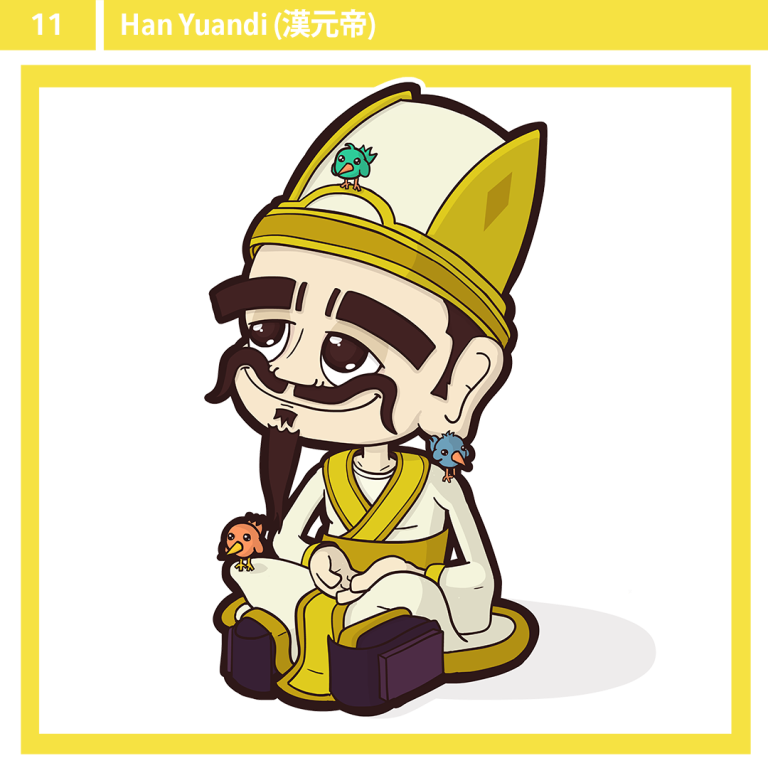 Han Yuandi had a hard time growing up: He had to contend with his father’s simmering disapproval; his mother’s murder… and of course constant assassination attempts at the hand of his step-mum. But against all odds, he grew up to become emperor and prove everybody wrong… I’m sure that was the dream, anyway.

In stark contrast to his tough-as-nails father; Yuandi was not a man of action. Being a big follower of Confucianism Yuandi believed in extensive meditation, discussion and advice before taking any action. Admirable goals, but ones that directly conflicted with high-ranking members of the imperial court left over from his father’s reign.

This lead to what can only be described as a cold-war within Yuandi’s palace; with veteran members feeling this ‘slow’ and ‘soft’ approach to government would spell the decline of Han. These returning officials used many dirty tactics to humiliate, exile and straight-up murder the newly appointed Confucian officials, for what they believed to be the greater good for the Han empire.

This fracture in his government and court would last Yuan’s entire 15 year reign. In his forties (old age by ancient Chinese standards) it was now Yuandi’s turn to pick an heir. The obvious first choice, his first born son, had unfortunately gained a reputation as a drunk, womaniser and overall being very reminiscent of the failed experiment that was emperor Liu He’s doomed 27 day reign. Nevertheless, Yuandi felt his duty to uphold the tradition of succession and allowed the problematic prince to be crowned the next emperor of China. With a government constantly engaged in espionage against themselves and now a potential loose canon emperor entering the mix, it was easy to predict that Han was in for some tough times ahead.