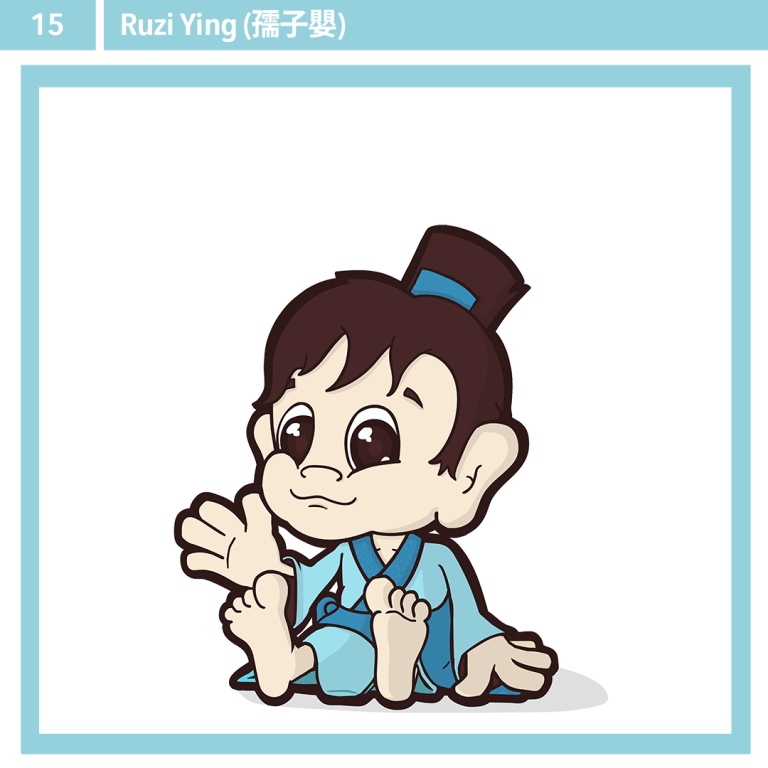 With the previous child emperor poisoned in very suspicious circumstances, the increasingly powerful Wang Mang was charged with finding yet another heir to the throne. Arguing that it would be totally inappropriate for the next emperor to be of the same generation as the last, Wang Mang chose a one year old baby dubbed ‘Ruzi Ying’ to be the next emperor in waiting

Following the established rule that an emperor needs to be ‘of age’ to become a fully fledged emperor, this choice guaranteed that Wang Mang himself would have to take the wheel and run the empire for a well over a decade. Less than two years later however, a series of strange and totally not forged messages from the gods emerged, requesting that Wang Mang just take the throne himself. With public opinion (and the gods) in his favour, Wang Mang’s decade long plan had finally reached completion and he officially disbanded the Han Dynasty.

With power officially in the hands of Wang Mang; Ruzi was no longer a threat to the new emperor and his life was spared. It wasn’t much of life, however. Ruzi was placed under strict house arrest for his entire early life, and it’s commonly mentioned that he unable to name basic animals as an adult.

Ruzi’s adult life continued to be full of bad luck; when not only was he kidnapped by a rebel group, but the soldiers tasked with eliminating the rebels unknowingly killed prisoner Ruzi Ying as well.

All emperors change their name when taking the throne and yet another is given to each emperor after their death. This posthumous name is the one we usually use when talking about the emperors, which is why they often refer to events that happened during the emperor’s life!

In the case of Ruzi Ying, he never even had a chance to become emperor, so the name we use today is the one chosen by Wang Mang during that brief two year reign. The two characters ‘Ru’ (孺) and ‘Zi’ (子) together make the word ‘Baby’, with the ‘Ying’ (嬰) being his given name. Poor Ruzi, even when incorrectly called a fully fledged emperor, will always be remembered by history as ‘Emperor Baby’.