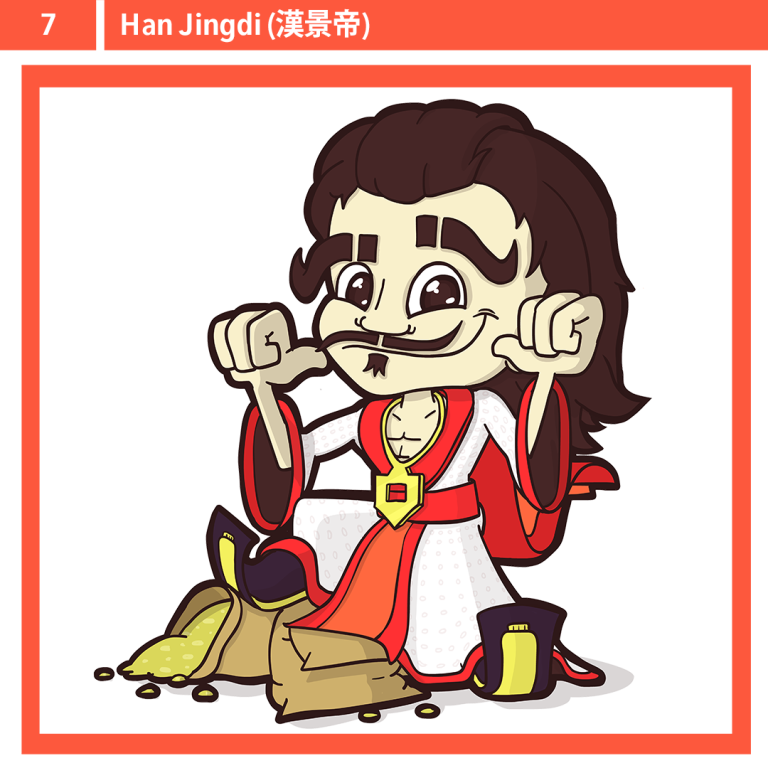 In a refreshing change of pace the transition from Wendi to Jingdi went off without a hitch. Jingdi’s philosophies were very similar to his fathers, resulting in further relaxation of taxes and punishments, and the country continued to grow. Jingdi also had some wartime successes; he successfully stopped a large-scale rebellion and, continuing his father’s peaceful philosophy, spared the defeated rebels’ lives. China was doing so well under Jingdi that stories describe warehouses overflowing with grain.

But someone like Jingdi wouldn’t be satisfied with merely being a successful emperor in every way, he just had to break some world records, too. In 2016 archeologists found tea leaves buried in Jingdi’s tomb. This means Jingdi’s tomb (which is over 2,000 years old) contains the earliest appearance of tea (even including writing) in the history of the world.

Wartime success, overflowing food and a great taste in drinks? Jingdi really is a total show-off.

In 141BCE, aged 47, Jindi died. His replacement was set to be his 10th son; a boy born on Jingdi’s coronation rumoured to be born of the sun. Could the boy live up to the hype? It’s time for Han to really get going, as Han Wudi takes to the throne.

One thought on “7. Han Jingdi -The Man Who Has It All”